At Fairways for Freedom, our goal is also to connect leaders in the business community (Ambassador/Donors) with combat-injured veterans through the game of golf. Business professionals serve as not only sponsors to the veterans, but also as mentors, and, in turn, learn what true sacrifice is all about. The great courses of Ireland, Scotland, England and Nova Scotia, for example, provide an exhilarating environment for building these relationships.

Fairways for Freedom Completed Trips to Two New Destinations for Veteran Trips in the US:
The Greenbrier and The Equinox

Fairways for Freedom created two new trips in the United States, originally slated for October 2021 and re-scheduled for April and May of 2022. One was to The Greenbrier Resort in West Virginia. The other was to The Equinox Resort in Vermont. Each trip consisted of 8 combat-injured veterans and several sponsoring Ambassadors, and each was based on our Ireland/UK model (4-5 rounds of golf, one day of fishing, yoga every morning). If you would like to be an Ambassador on an upcoming trip, thereby sponsoring a combat-injured veteran, please email us at fairways4freedom@gmail.com and we will get back to you with details.

Fairways for Freedom Continues its Nationwide Program: “Play 18 for 22” for Veteran Suicide Awareness

Fairways for Freedom once again is conducting its ambitious program to increase awareness of the veteran suicide epidemic and work toward ending it once and for all. The program is called “Play 18 for 22” and focuses attention on the fact that tragically 22 U.S. service men and women take their own lives every day. FFF’s contention is that this statistic is simply not acceptable, and we intend to do something about it.

The “Play 18 for 22” program is the brainchild of Lt. Col. (Ret) Carolyn Fota, a combat-injured veteran who participated in our first trip to Ireland. When she finished her round at Old Head Golf Club in driving rain and wind, accompanied by FFF co-Founder Dr. Patricia Donnelly and the lone caddie who stuck out the round, Fota dropped to the 18th green and performed 20 push-ups, plus one (for the one who is never forgotten). FFF volunteers John Sanabia, Tim Young and Jason Miller (all combat-injured veterans) are continuing to spearhead the campaign for FFF.

Success!
Two Trips for 2021 completed in 2022 — The historic
British Open courses of Southeast England
and a return to the classic gems of Northwest Ireland

Due to COVID-19 and resulting concerns about the safety of our veterans, ambassadors and staff, our two international trips, originally scheduled for September 2020, and then for September 2021, were successfully completed in late September and early October 2022.

On a new trip (and new destination for FFF) the following week, another eight combat-injured veterans and five sponsoring ambassadors played six magnificent courses on the English coast, including the historic courses of the British Open — Royal St. George’s, Princes and Royal Cinque Ports, staying the entire week in an historic hotel.

A message from the European Ryder Cup Captain, Padraig Harrington:

“It was an honor for me to spend a week golfing in Ireland with a group of impressive veterans. It was a wonderful privilege for me to get to know these remarkable men.  We played some of the finest golf courses in Ireland, giving me the opportunity to forge lasting friendships with these American heroes who have sacrificed so much for our country.” 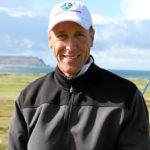 “I’m certain I experienced every emotion I have ever felt on this trip with these Veterans and Ambassadors. What a special group of people!” 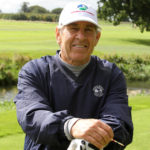 “Poise, professionalism, discipline, camaraderie, modesty, friendship, extreme national pride and of course seven fantastic rounds of golf. These guys were the real deal, and boy was it great to spend time with them.” END_OF_DOCUMENT_TOKEN_TO_BE_REPLACED 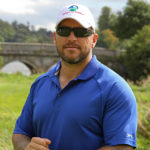 “This trip has definitely changed my life. I loved the mindfulness sessions and am continuing to incorporate them into my life.” END_OF_DOCUMENT_TOKEN_TO_BE_REPLACED 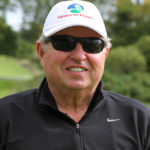 “It was an honor for me to spend a week golfing in Ireland with a group of impressive veterans. It was a wonderful privilege for me to get to know these remarkable men.” END_OF_DOCUMENT_TOKEN_TO_BE_REPLACED 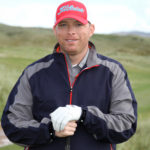 “I told [my doctors] that I didn’t have any stress at all while in Ireland. Stress is one of the main reasons I get seizures. While I was there I didn’t have one. I think it’s because it was a stress-free trip.” END_OF_DOCUMENT_TOKEN_TO_BE_REPLACED